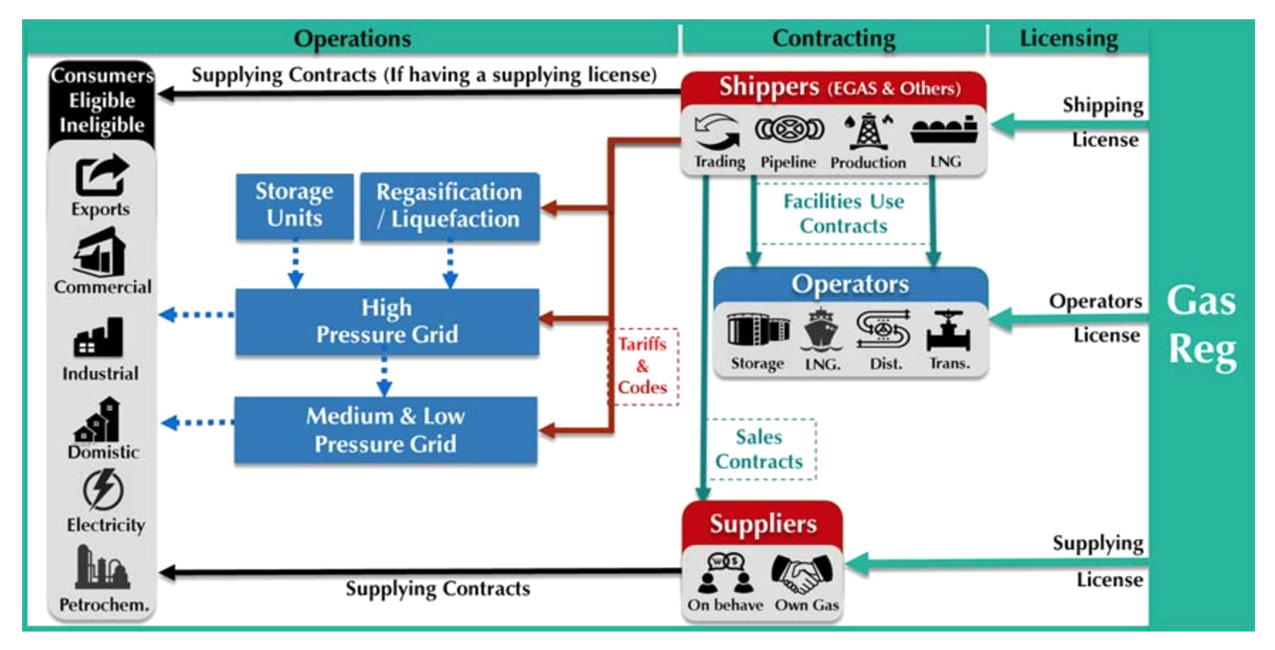 Gov’t puts pen to paper on strategy for Egypt’s EastMed energy hub ambitions: A government committee has drafted a strategy to advance Egypt’s plan to become the premier energy hub in the Eastern Mediterranean region, according to a Cabinet statement. The strategy involves studying and benchmarking similar projects elsewhere, conducting a cost–benefit analysis, and devising short- and long-term action plans. We could also see our ports become the first to set up natural gas marine fuel stations along the eastern Mediterranean. The committee will hand its recommendation to cabinet for review.

This comes as friendlier oil and gas contracts are set to take effect this quarter: We had noted last October that the Oil Ministry is planning to roll out new production sharing contracts with friendlier terms for international oil companies. The new framework, which is set to take effect this quarter, would grant the companies a larger share of the output and allow them to sell their share of production to anyone they like. This would replace the current, more rigid system, which gives producers only one-third of output and sets the government as the only buyer of their share of production at preset prices. Taken with a push — emphasized last week by President Abdel Fattah El Sisi — for more refining capacity as well as for the repayment of arrears to E&P companies, the move could significantly improve an already bright climate for oil and gas players in Egypt.

Israeli energy minister coming to town next month: Also on the energy hub front: Israeli Energy Minister Yuval Steinitz will be in town between 11-13 February for talks with President Abdel Fattah El Sisi and Electricity Ministry Mohamed Shaker, an Israeli government official told i24NEWS. Steinitz’s visit will coincide with the Egypt Petroleum Show and comes after a USD 1.76 bn international arbitration ruling in November paved the way for Egypt to import as much as USD 15 bn worth of natural gas from Egypt over a 10-year period.