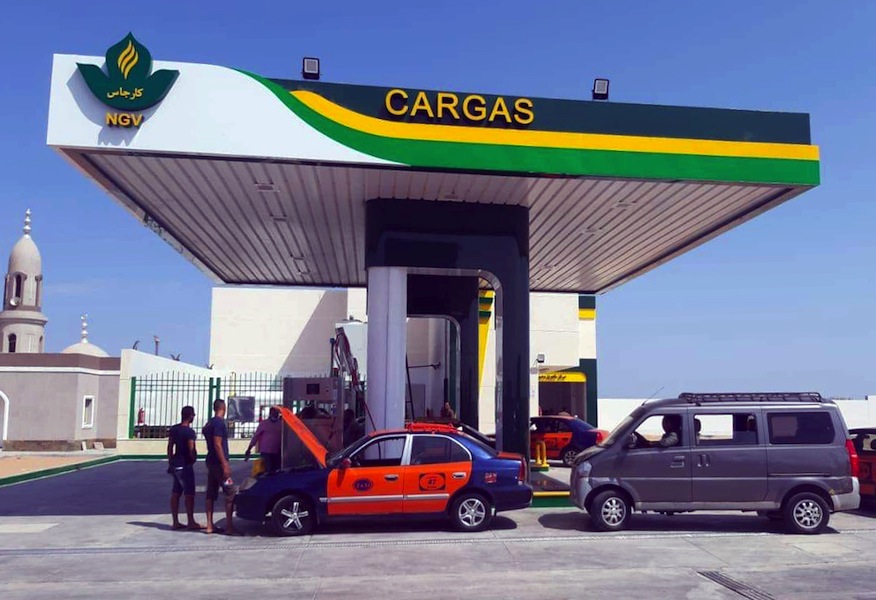 Egypt should have 1k natural gas filling stations set up nationwide by the end of the year under a government-backed program to expand natgas refueling infrastructure as Egypt moves forward with its plan to convert or replace gasoline-fueled cars, Oil Minister Tarek El Molla said, according to Al Mal. The government had previously targeted ending the year with 550 natgas stations, which would have required establishing an additional 325 stations this year, El Molla said previously.

Taqa Arabia’s Master Gas and two state-owned players are working to expand the country’s network of natgas stations: Taqa, Natural Gas Vehicles Company (Cargas) and Gastec should have access to at least EGP 5.3 bn in subsidized funds available through banks to back the construction of as many as 287k stations.

We could also start seeing portable refueling stations roaming around cities, with one of those already up and running, and nearly 10 more planned for the coming period, the minister added. Natural gas refueling facilities will also be added to a number of gasoline and diesel fuel stations, he said.