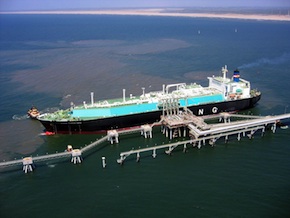 El Molla did not say how long the delay would be for.

A third FSRU was expected to arrive at the end of June 2017 to handle a surge in LNG demand from new power plants coming online. Molla said that a reevaluation of natural gas projects that will feed into the grid showed the local market did not need any more gas imports next year.

Egypt held a tender in July this year and firms that have expressed interest included Hoegh, BW Gas, and U.S. firm Excelerate Energy.