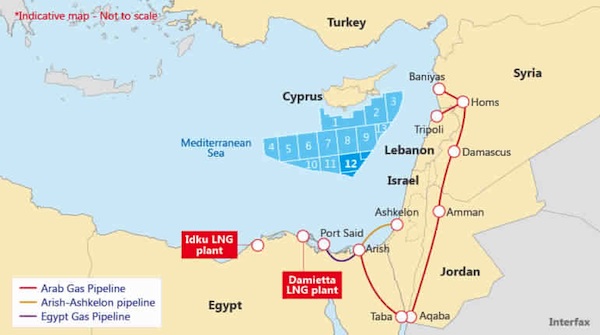 Egyptian and Cypriot officials have succeeded in setting the terms of the gas pipelines construction deal, while the European Union (EU) is expected to confirm its preliminary approval within a few weeks.

Talks with Egypt over selling gas which had been found previously inside Cypriot waters are “at an advanced stage,” Lakkotrypis added.

Given that, both countries are planning to link Aphrodite field with the Egypt liquefaction plants in Idku and Damietta.

In November 2017, Egypt and Cyprus had signed a preliminary agreement to transport natural gas from the European country to the North African state to be liquefied at its LNG facilities and re-exported to Europe and other marks.