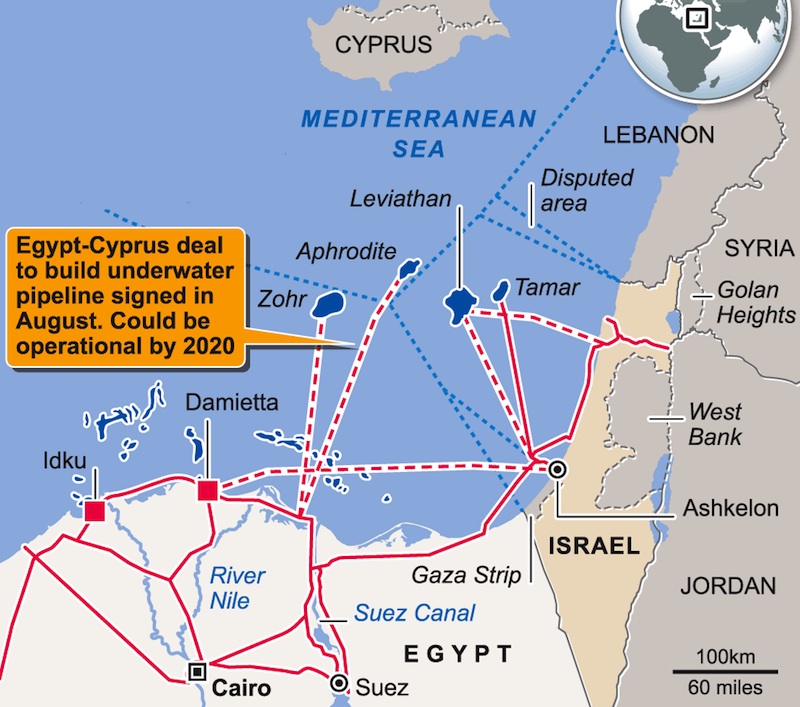 Cairo and Nicosia have reached an agreement to connect the Aphrodite gas field to liquefaction plants in Egypt, Cyprus state television CyBC said, according to the Cyprus Mail. The agreement will be inked sometime in the fall, CyBC said, citing diplomatic sources. “The agreement has already been given the green light by the EU and it is being scrutinised for the final touches,” sources added. The pipeline, which is expected to cost between USD 800 mn and USD 1 bn, is a crucial stepping stone towards Egypt’s strategy to become the natural gas export hub for the Eastern Mediterranean as it plans to re-export a portion of the LNG to Europe after satisfying local demand. Egypt is hoping to reach natural gas self-sufficiency before the end of 2018, as more production units from the Zohr gas field come online.

Nicosia has reached an agreement with Cairo on a pipeline to connect the Aphrodite gas field in block 12 to Egypt, it was reported on Monday.

According to state broadcaster CyBC, the inter-state agreement is expected to be signed in the autumn.

The two countries had signed in 2017 a preliminary agreement to transport natural gas from Cyprus to Egypt to be liquefied at Egypt’s LNG facilities and re-exported to Europe and other markets.

CyBC, citing diplomatic sources, said that the agreement has already been given the green light by the EU and it is being scrutinised for the final touches.

Cyprus demarcated its maritime border with Egypt in 2003. The Aphrodite gas field, discovered in December 2011 by Houston-based Noble Energy, is estimated to hold some 4.5 trillion cubic feet of gas.