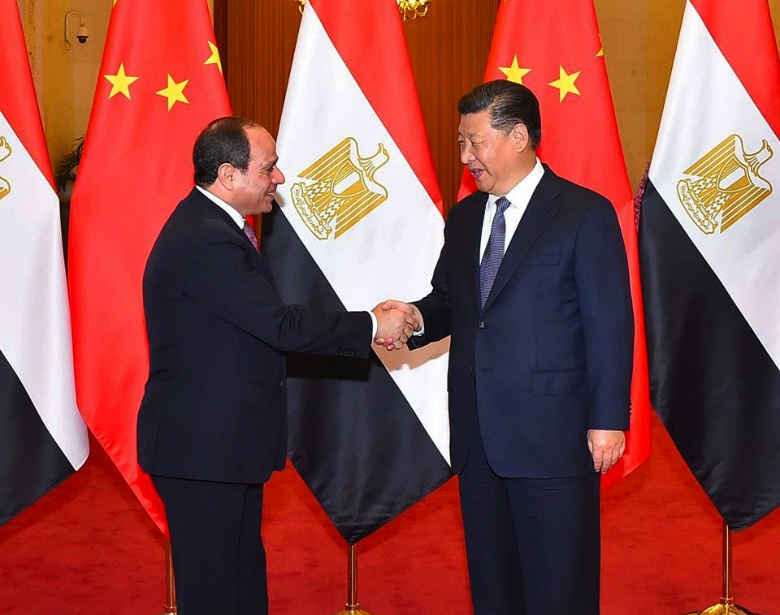 Egypt, China sign cooperation agreements worth billions: President Abdel Fattah El Sisi and Chinese Premier Xi Jinping witnessed the signing yesterday of cooperation agreements ahead of the China-Africa Cooperation Forum in Beijing, according to an Ittihadiya statement. While the presidency confirmed no detail of the pacts, information has filtered into the local press, with MENA reporting that five agreements were signed in areas including energy and housing. Other sources, including Al Masdar, say the agreements are worth an estimated USD 21.9 bn. These include:

Four new contracts are also set to be inked during the president’s visit to Beijing. These include a contract to build a textiles factory with China’s Shandong Ruyi Technology Group, Suez Canal Economic Zone Vice Chairman Mahfoz Taha tells Xinhua. Other contracts include another textiles factory, a factory for gypsum board production, and a fourth for construction materials production.

Egyptian President Abdel-Fattah El-Sisi witnessed on Sunday in Beijing the signing of a number of contracts with Chinese companies to implement development projects in Egypt with an investment worth of $18.3 billion.

“The contracts signed include the construction of the world’s biggest power plants in Al-Hamrawein region on Egypt’s Red Sea coast, which will be powered by clean coal technology, and with a production capacity of 6000 Megawatts,” Egypt’s Presidential Spokesperson Bassam Rady said.

The contracts include stage two of central operations in the new Administrative Capital, the construction of a petrochemical refinery plant in the Suez canal zone, and a pumping and storage plant in Ataqa mountain.