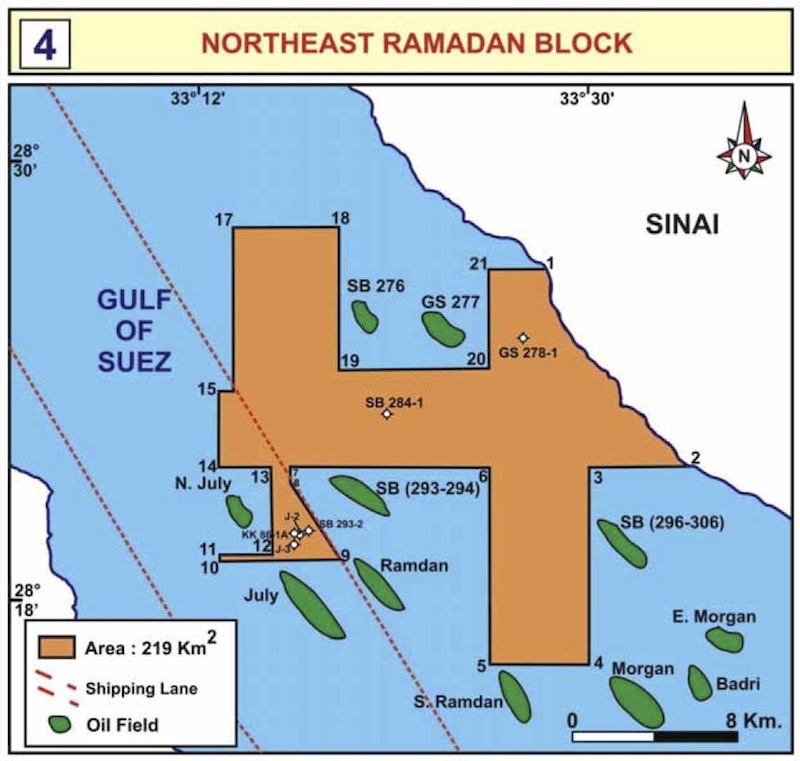 The Egyptian General Petroleum Corporation (EGPC) and the London-based BP Plc have signed a $46 million agreement for oil and gas exploration and production at the North East Ramadan area in the Gulf of Suez.

The deal also included a $4 million signing bonus to drill three wells, according to a press release.

The deal was signed by the EGPC’s CEO Abed Ezz El Regal and chairman of BP Egypt Hesham Mekkawy.

Petroleum minister Tarek El Molla said that this agreement is a fruit of the international tender launched by the EGPC since 2016 for oil and gas exploration.

The Egyptian General Petroleum Corporation has signed an agreement with British Petroleum to drill in the Gulf of Suez region, Al-Ahram’s Arabic website reported.

Exploration will take place at North-East Ramadan in the Gulf of the Suez region, with $46 million investment and a $4 million grant to drill three wells.

Minister of Petroleum and Mineral Resources Tarek El-Molla said at a press conference that the ministry has ambitious plans to raise investment in the petroleum sector in Egypt, which will increase the domestic production of petrol and natural gas, as well as increasing the country’s reserves.

He said that the new agreement is a result of the global bidding for oil exploration issued by the Egyptian General Petroleum Corporation in 2016.

BP CEO Bob Dudley said earlier this year the company is looking to invest over $1 billion (EGP 721.66 million) in Egypt this year.