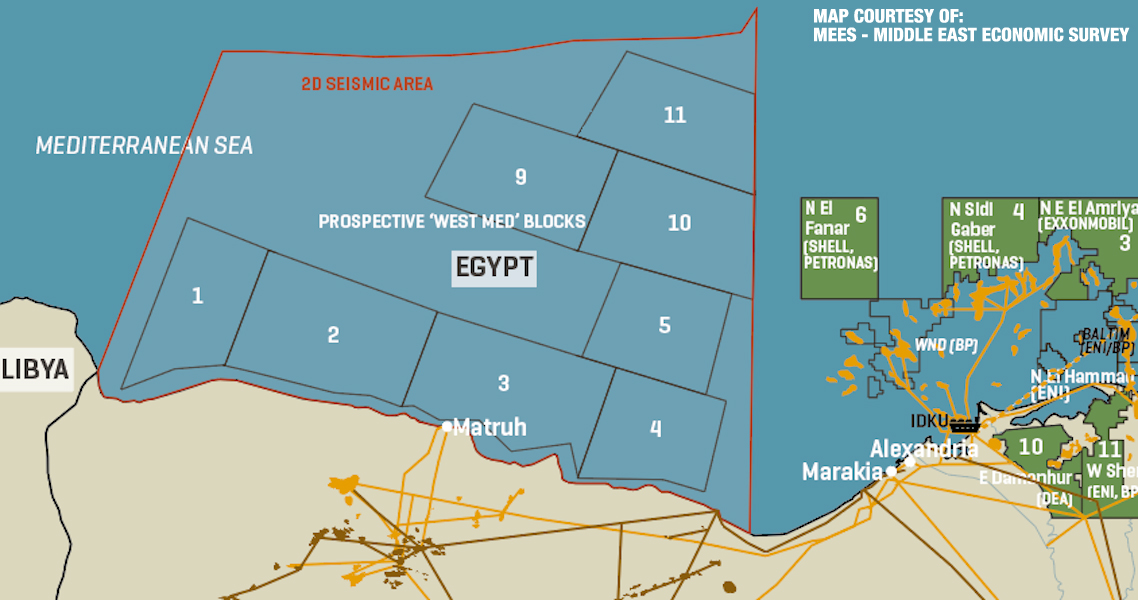 Egypt has reached initial agreements with five major energy firms to explore for oil and gas in deep waters in off its western coast on the Mediterranean, the petroleum minister said, the first such deals in that offshore region.

He said the exploration and production agreements spanned seven concessions and had been signed with major companies because of the scale of investment needed. Exploratory drilling in the area would start in early 2021, he said.

The discovery of the giant Mediterranean field of Zohr off the eastern coasts of Egypt by Italy’s Eni in 2015 sparked renewed interest and investment in Egypt’s energy industry.

The country is trying to position itself as an energy hub in the eastern Mediterranean, importing gas from Israel and exporting to Jordan and potentially to Europe and Asia.

Egypt said in January it had signed two deals with Exxon Mobil for oil and gas exploration in the Mediterranean.