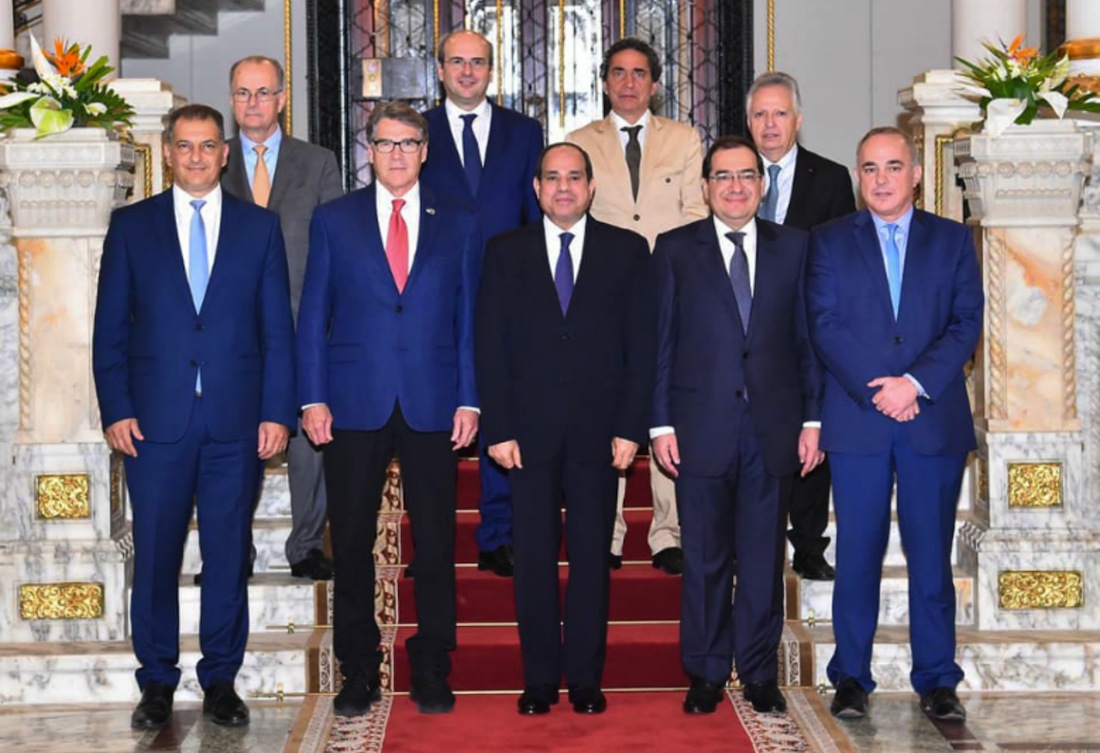 Encouraging the private sector: The forum will set up an advisory committee tasked with increasing private sector involvement in the gas industry, the statement said, without providing further details.

The details about this “regional gas market” are still pretty vague, with the statement shedding little light on the practical steps that countries will take to develop the region’s gas resources.

We’ll have to wait a while before things become clearer: The next meeting will not be held for another six months, when ministers reconvene in Cairo in late January 2020.

Turkey’s recent indiscretions in Cypriot waters came up during the forum, Perry told reporters without providing details, according to Reuters. The Turkish government recently stepped up its gas exploration efforts in the disputed waters, facing down EU threats to impose sanctions if it continued to ignore demands.

Egypt, US sign energy cooperation MoU: Oil Minister Tarek El Molla and Secretary Perry signed an agreement on the sidelines of the meeting to exchange knowledge and expertise, according to an Oil Ministry statement. Perry has also met with President Sisi and discussed increasing US investments energy investments in Egypt, according to an Ittihadiya statement.