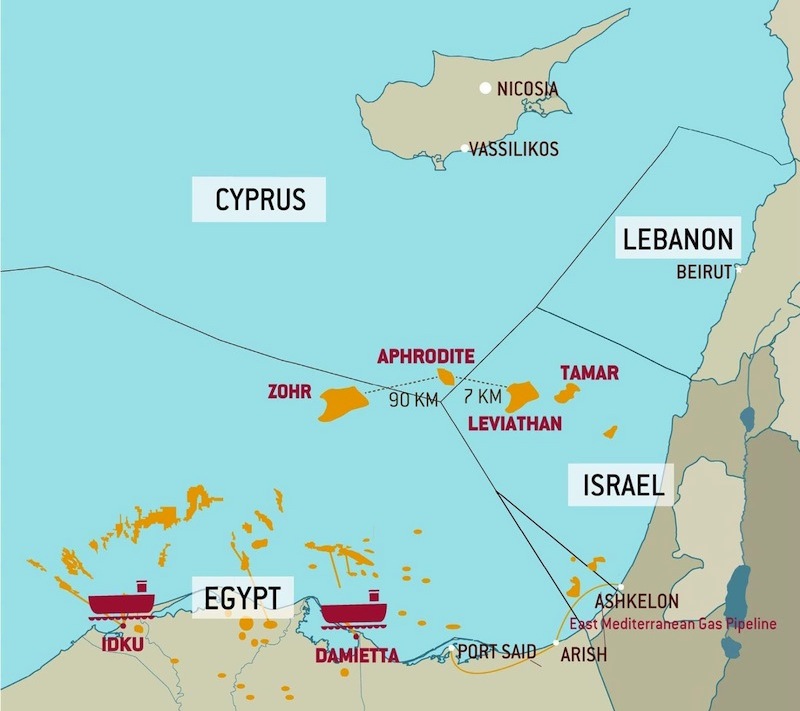 Israel’s Delek could invest up to USD 200 million to gain access to EMG’s subsea natural gas pipeline to Egypt’s Sinai: Shareholders in Israel’s Delek Group will meet on 1 July to vote on investing USD 200 million to buy the rights to use a subsea pipeline that would allow the company to export natural gas to Egypt, according to a regulatory filing to the Tel Aviv Stock Exchange picked up by Reuters. The company has been in talks to buy stake in the East Mediterranean Gas Company (EMG), which owns a pipeline that had once been used to transport Egyptian LNG to Israel “under a 20-year agreement, which collapsed in 2012 after months of attacks on the pipeline by militants in Egypt’s remote Sinai Peninsula.” Access to EMG’s pipeline would allow Delek and Texas-based partner Noble Energy to move forward with a 10-year, USD 15 billion agreement to export gas from Israel’s Tamar and Leviathan fields to Egypt via Alaa Arafa’s Dolphinus Holdings.

Background: The agreement, formalized in February and still awaiting regulatory approval, is the first of many that Egypt is hoping to sign as it presses ahead with plans to turn the country into a regional energy export hub, aided by recent gas discoveries in the East Mediterranean. A similar pact with Cyprus is in the works, including a plan to build a USD 800 million underwater pipeline to connect the Aphrodite field with liquefaction plants in Egypt’s Idku or Damietta. The plan is to then re-export a portion of the LNG to Europe after satisfying local demand. Egypt is hoping to reach natural gas self-sufficiency before the end of 2018, as more production units from the Zohr gas field come online.