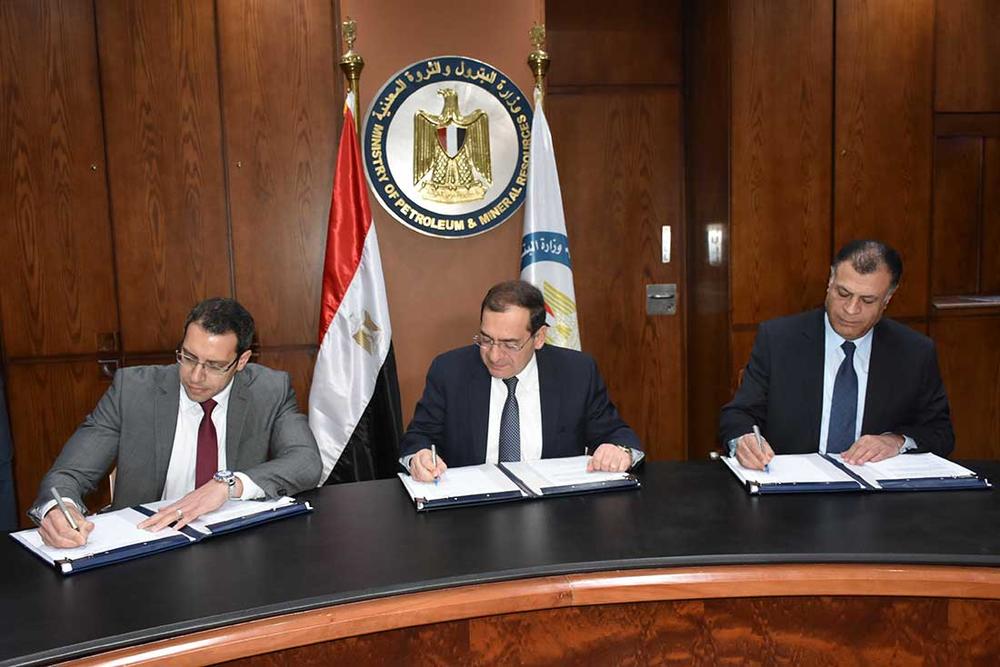 Concessions extended in Egypt – New investment for DEA in the Gulf of Suez.

DEA has extended its concessions for the Ras Budran and Zeit Bay oil fields in the Gulf of Suez. At a formal ceremony event, witnessed by H.E. Eng. Tarek El-Molla the Egyptian Minister of Petroleum and Mineral Resources, DEA’s General Manager Sameh Sabry signed the new concession agreement. The new agreement extends the concession for five years ending mid-2022. It includes an optional extension of another five years until 2027, subject to mutual agreement.

Sameh Sabry says: “I am delighted that we managed to agree on a concession extension. DEA has been active offshore in the Gulf of Suez for more than 40 years. The fields are valuable assets in DEA’s Egyptian portfolio and we see upside potential in these mature oil fields.”

Ras Budran and Zeit Bay are among the oldest producing fields in Egypt. To increase production from these fields in the Gulf of Suez, DEA is currently carrying out a work over campaign for existing wells, drilling side tracks and replacing existing pipelines with new ones of larger capacity. Additionally, DEA is implementing a plan to maintain the assets integrity through an active maintenance and replacement program.

“Joint cross-functional expert teams from DEA Egypt and DEA’s international operations are supporting the activities of our Joint Venture company Suez Oil Company. With the implemented measures, we are not only working on further increases in production, but we are also sustainably increasing the safety and asset integrity of the infrastructure to the benefit of the environment”, says Sameh Sabry. “DEA’s recent engagement underlines the company’s confidence in the potential of Egypt’s oil and gas industry”, he adds.