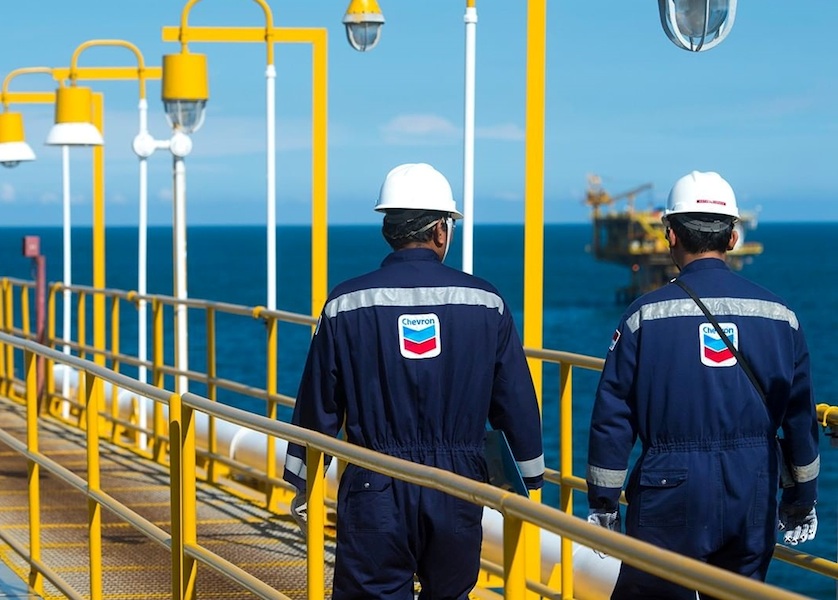 Excluding 2020 asset sales and price related contractual effects, the company expects 2020 production to be roughly flat relative to 2019. Note that Chevron’s net production increases about 20,000 barrels of oil equivalent per day for each $10 movement lower in Brent oil prices due to contractual effects. Permian production by the end of the year is expected to be about 125,000 boe/d, or 20%, below prior guidance.

The company will respond to market conditions by “deferring short-cycle investments and pacing projects not yet under construction,” said Jay Johnson, executive vice-president of upstream. “At the same time, we are focused on completing projects already under construction that will start-up in future years while preserving our capability to increase short-cycle activity in the Permian and other areas when prices recover.”

Additionally, the company has suspended its $5-billion annual share repurchase program after repurchasing $1.75 billion of shares during the first quarter.

Additional updates are expected to be released with first quarter 2020 earnings.