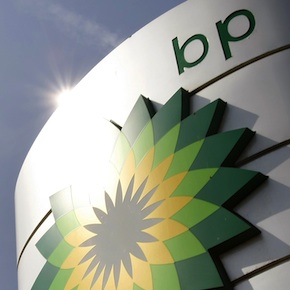 The companies also agreed BP could purchase another 5 percent of the field before the end of next year, when the Zohr field is slated to start production, under the same terms and that BP would reimburse Eni around $150 million in past expenditure.

Zohr, discovered by Eni last year, has an estimated 850 billion cubic meters of gas in place. It will help plug Egypt’s acute energy shortage and save the country billions of dollars in hard currency that would otherwise be spent on imports.

Once an energy exporter, Egypt has turned into a net importer because of declining oil and gas output and increasing consumption. It is trying to encourage quicker development of recent discoveries to fill its energy gap as soon as possible.

A run of big gas finds off the Egyptian coast have made the country a top destination for energy investment even as firms seek to save cash to handle low oil prices better.

The deal deepens BP and Eni’s partnership in Egypt, where they announced a significant gas discovery in the East Nile Delta in June.

A stake in Zohr, one of the biggest ever gas discoveries, will raise BP’s exposure to the gas market, just months after rival Shell became one of the world’s biggest gas traders by acquiring BG Group.

BP has earmarked Egypt as one of its key growth markets. It wants to double production there in the coming four years and sell into the growing domestic market.

Eni, whose subsidiary IEOC owns 100 percent of the Shorouk concession, is also in the process of selling stakes in its Area 4 field in Mozambique to Exxon Mobil.

BP today announced that it has agreed to buy from Eni a 10% interest in the Shorouk concession offshore Egypt, which contains the super-giant Zohr gas field, for $375 million.

On closing, BP will also reimburse Eni for BP’s share of past expenditure.

As part of the agreement, BP also has an option before the end of 2017 to buy a further 5% interest in the concession under the same terms.

Bob Dudley, BP group chief executive, said: “This interest in a truly world-scale asset will complement our existing Egyptian business. We already have a strong partnership with Eni in Egypt and look forward to working closely with them to efficiently bring these important resources to the Egyptian market.

“BP has now been in Egypt for over 50 years and we continue to see opportunities to further develop our extensive activities here. Beyond Zohr, the first phase of our major West Nile Delta project is on schedule to begin production next year and the fast-tracked development of the Atoll gas field is expected to come on stream in 2018.”

The Zohr field was discovered by Eni in August 2015; six wells have so far been successfully drilled on the field. The field is located in the Mediterranean Sea, approximately 190 kilometres north of Port Said in waters approximately 1,500m deep. Thought to be the largest gas discovery made in the Mediterranean, Eni has estimated total gas resources in place in Zohr to be approximately 30 trillion cubic feet of gas. The first phase of development of Zohr is now being fast-tracked, with first gas currently expected in late 2017.

Eni is the operator and currently has a 100% interest in the Shorouk concession. The purchase, which is subject to receiving approvals from the relevant Egyptian Government authorities, is currently expected to complete in the second quarter of 2017.

Eni has agreed to sell to BP, of 375 million USD and the pro-quota reimbursement of past expenditures, a 10% participating interest in the Shorouk Concession, where the is located the Zohr gas field.

Eni has agreed to sell to BP a 10% participating interest in the Shorouk Concession, offshore Egypt, where the supergiant gas field Zohr is located. Eni, through its subsidiary IEOC, currently holds a 100% stake in the block.

The agreed conditions include a consideration of 375 million US dollars and the pro-quota reimbursement of past expenditures, which amount so far at approximately 150 million US dollars. In addition, BP has an option to buy a further 5% stake under the same terms. This transaction is in line with the Eni’s “dual exploration model” aiming at an early monetization of the value through the dilution of recent huge exploration discoveries owned with high participating interests.

The completion of the transaction is subject to the fulfillment of certain standard conditions, including all necessary authorizations from Egypt’s authorities.

The Zohr field, located in the Shorouk Concession, was discovered by Eni in August 2015 and is the largest natural gas field ever found in the Mediterranean, with a total potential of 850 billion cubic meters of gas in place. On February 2016, the authorization process for the development of field was completed, while the first gas is expected by the end of 2017.