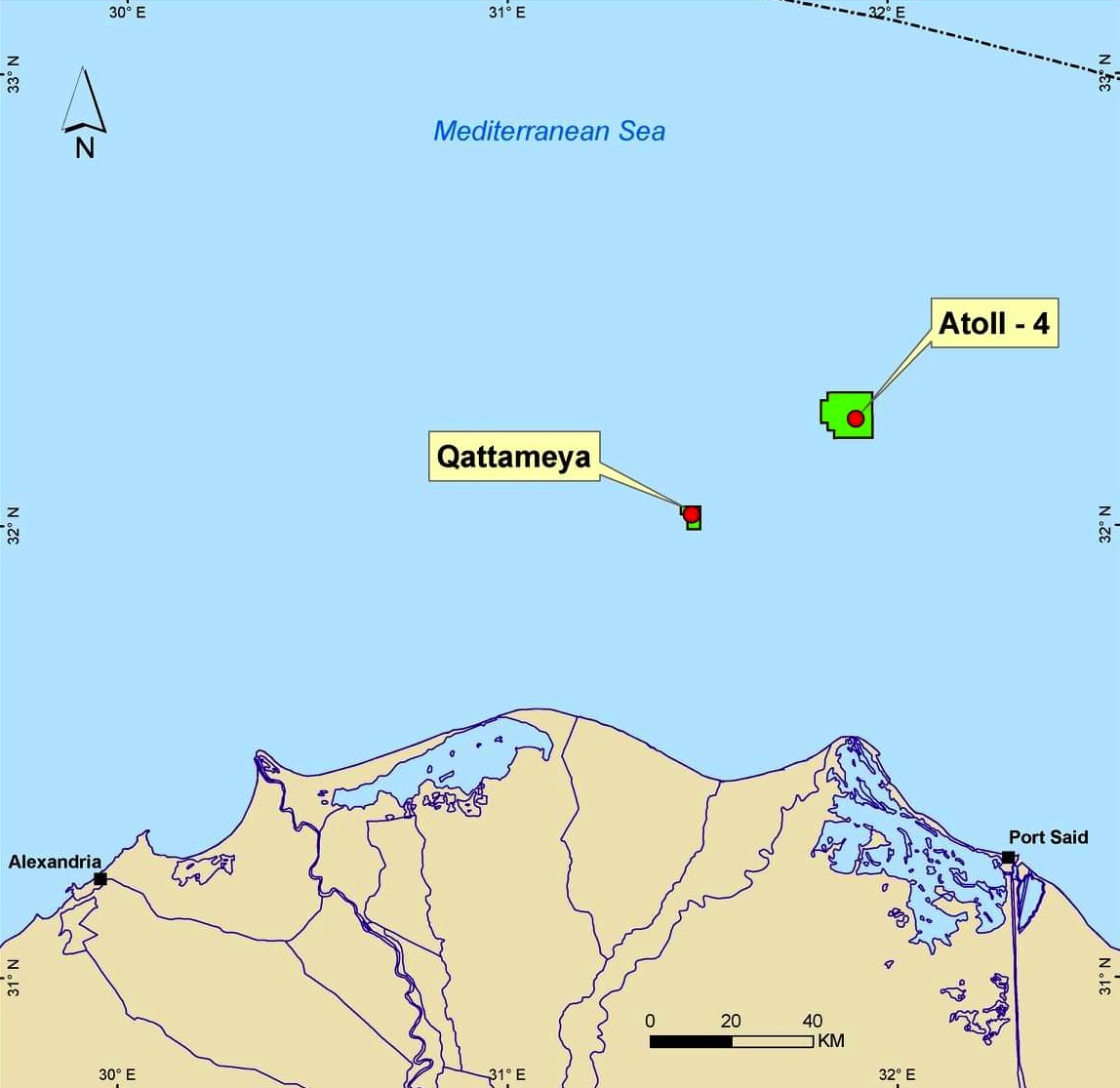 Qattameya gas field in the North Damietta offshore concession, in which bp holds 100% equity in the concession located in Egypt’s East Nile Delta. It is expected to produce up to 50 million cubic feet of gas/day.

And Atoll – 4 which includes an estimated production of 105 mmscfd and 3,500 barrels a day (bpd) of condensate. Atoll 4 is tied back to the existing Atoll facilities and will help to maintain Atoll field production of around 360 mmscfd. All gas produced will be directed to the Egyptian national grid.