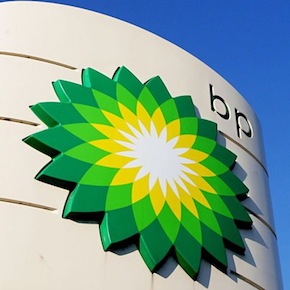 A senior source in the petroleum sector told Daily News Egypt that the maximum capacity of the Rosetta plant amounts to 425m cubic feet of gas per day, adding that 420m cubic feet produced from Giza and Fayoum fields will be linked to the station in 2019.

He added that Royal Dutch Shell has transferred production of the Rosetta field in the Rashid concession area to the Borollos plant, after selling the Rosetta plant to BP.

The Ministry of Petroleum’s plan included linking the full production of northern Alexandria—amounting to 1.25bn cubic feet per day and 17,000 barrels of condensate—in the third quarter of 2019 with investments totaling $11bn.

Moreover, the plan accelerates initiating the production of the northern Alexandria project to the third quarter of 2017. The project has been suspended in 2011 due to post-revolution turmoil.

The project in northern Alexandria involves the development of five fields, starting with the Taurus and Libra fields through linking them to the onshore processing facilities in Borollos in the third quarter of 2017.

The Giza and Fayoum fields will also be linked through using the onshore processing facilities in Rashid Company, after adding the new equipments to match the type of gas produced from these fields in the third quarter of 2019.

According to the Ministry of Petroleum, production of Raven field will be linked to new onshore ground facilities belonging to the project, which are currently being established, and will be completed in the fourth quarter of 2019.

The estimated reserves of the northern Alexandria fields stand at some 5tr cubic feet of gas and 55m barrels of condensates.

The BP project is located in the deep Mediterranean water, roughly 80 km north-west of Alexandria. The project’s contract commissions the company to operate as a contractor for the Egyptian Natural Gas Holding Company (EGAS) and for the production to be devolved to the state. BP, according to the contract, should receive between $3.1-4 per every million British Thermal Units (BTU).

Furthermore, the agreement provides for amending the price equation every five years, without providing the foreign partner with a period for recovering its expenditures