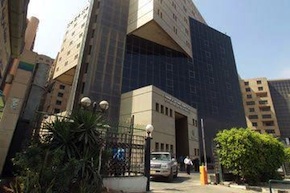 The Federal Supreme Court of Switzerland said Egyptian General Petroleum Corp. and Egyptian Natural Gas Holding were liable for the damages caused by repeated attacks on a pipeline through the Sinai Desert that supplied gas to its neighbor, Israel Electric Co. said in a text message Thursday. The Egyptian companies had appealed a previous ruling from Dec. 2015 that imposed a $1.73 billion penalty.

Israel is now looking to export gas to its neighbors from its own offshore fields but the Egyptian government froze talks after the previous ruling, and said any new deal should include a resolution to pending arbitration cases. The partners in the Leviathan field, Israel’s biggest offshore site, view Egypt as a potential market for their gas. Houston, Texas-based Noble Energy Inc. and Israel’s Delek Group Ltd. hold the biggest stakes in the gas pool.