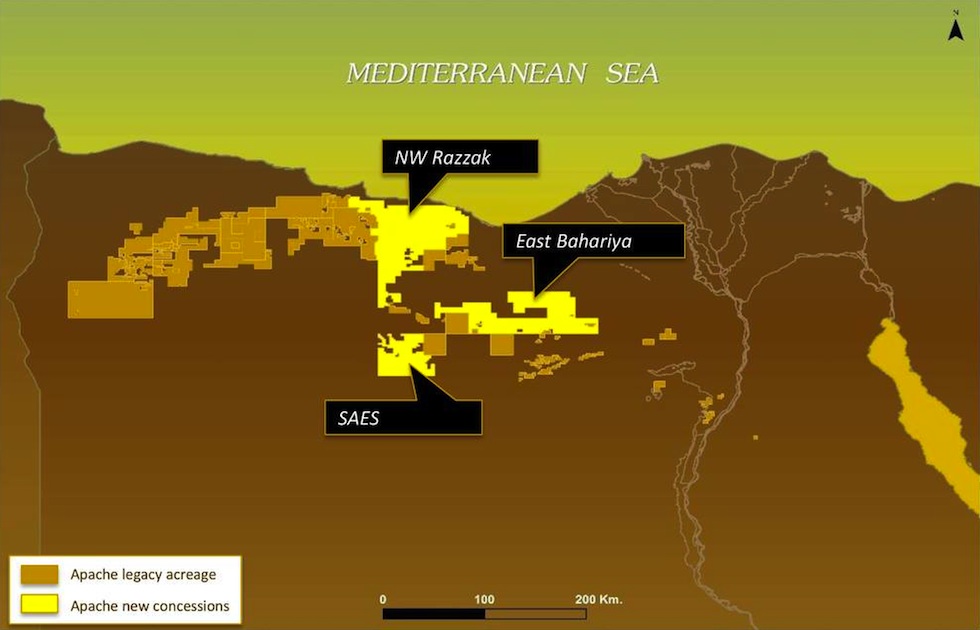 U.S. corporation Apache announced plans to increase its annual oil and natural gas exploration investment in Egypt to about 1 billion U.S. dollars, the Egyptian Petroleum Ministry said in a statement on Tuesday.

Apache CEO John Christmann said following a meeting with Egypt’s Petroleum Minister Tarek al-Molla that his company’s move “reflects the importance of Egypt for Apache,” according to the statement.

“Christmann and Al-Molla discussed means to expand Apache’s exploration activities in Egypt as well as the company’s ongoing projects and future investment plans in the country,” the statement added.

The Apache chief expressed his desire to form a joint team to prepare a five-year plan for oil exploration in Egypt including the expected investments and production using the most advanced technologies in the oil and gas industry.

Christmann also hailed Egypt’s economic achievements, particularly those in the oil field, over the past three years, stressing that the country is going “in the right direction” with brave investment-attractive policies.

In mid-July, the U.S. corporation signed a 9-billion-dollar deal with Egypt’s Ministry of Petroleum to explore and produce oil and gas in the country’s Western Desert.

Apache has been working in Egypt for 22 years and it is one of the largest oil corporations operating in Egypt’s Western Desert.