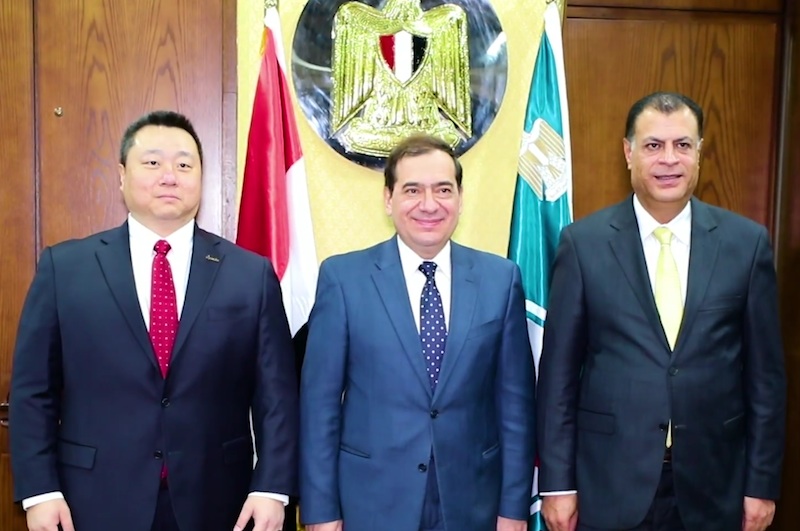 The Petroleum Ministry announced Wednesday that a new agreement to drill seven oil wells in the East Bahariya concession in the Western Desert was signed, with 9-million-dollar investments and a signature grant worth 30 million dollars.

Nearly 87 new oil and gas exploration agreements have been signed since 2014, the ministry said in a press release.

In a statement on Wednesday, Petroleum Minister Tarek el Molla said that the petroleum sector is currently finalizing the procedures of signing 14 new agreements.

The new agreements will lure more FDIs to Egypt, he said, stressing that there are still promising investment opportunities in the country.

United States oil and gas producer Apache Corporation signed a $39 million deal with Egypt’s Ministry of Petroleum to explore and produce oil and gas in the Western Desert, the ministry said in a statement published by state news agency MENA on Wednesday.

Apache is holder of one of the largest areas in Egypt’s Western Desert, estimated at the end of 2017 as 5.6 million gross acres in 25 separate concessions, the company writes on its official website.

Egyptian Petroleum Minister Tarek El-Molla said the new deal is part of the ministry’s efforts to boost production and reserves of oil and natural gas, and to attract foreign investment.

The new agreement brings the total number of oil and gas deals signed by Egypt since 2014 to 87, the ministry added.