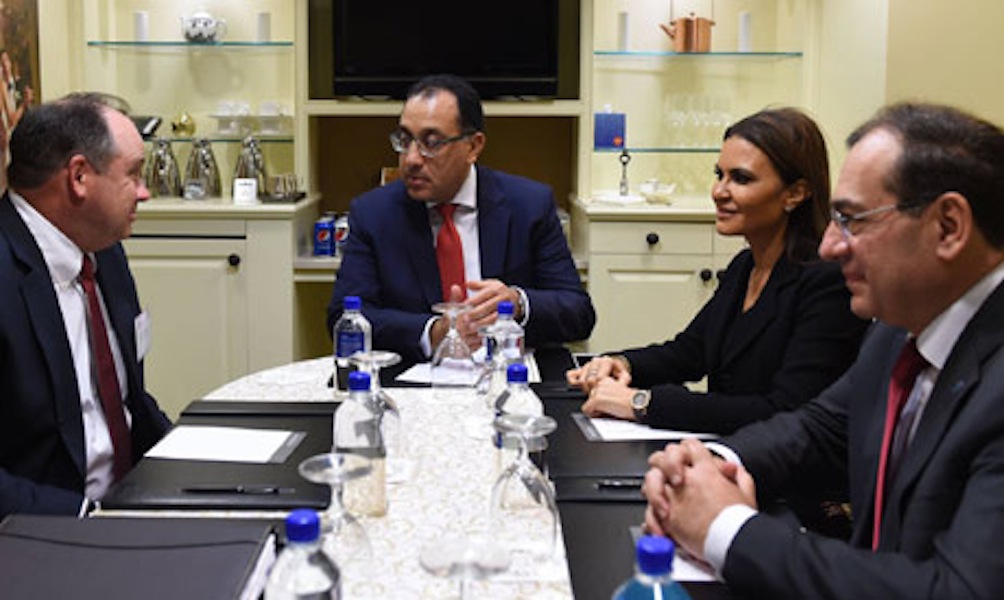 Christmann made the remarks during his meeting with Prime Minister Mostafa Madbouly, currently visiting Washington to attend the annual meetings of the International Monetary Fund and the World Bank.

Apache believes Egypt’s petroleum sector has a promising future, especially amid massive development observed by the sector throughout the previous years, the president added.

He thanked Egypt for offering support to his company and removing hindrances facing its operations in the country.

Premier Madbouly hailed existing cooperation with Apache Corp., expressing hope to promote the investments of the American company in Egypt.

Petroleum minister, meanwhile, praised the fruitful cooperation with Apache and asserted President Abdel-Fattah El Sisi’s appreciation of the efforts of the company and its support to the country’s economic reform program.