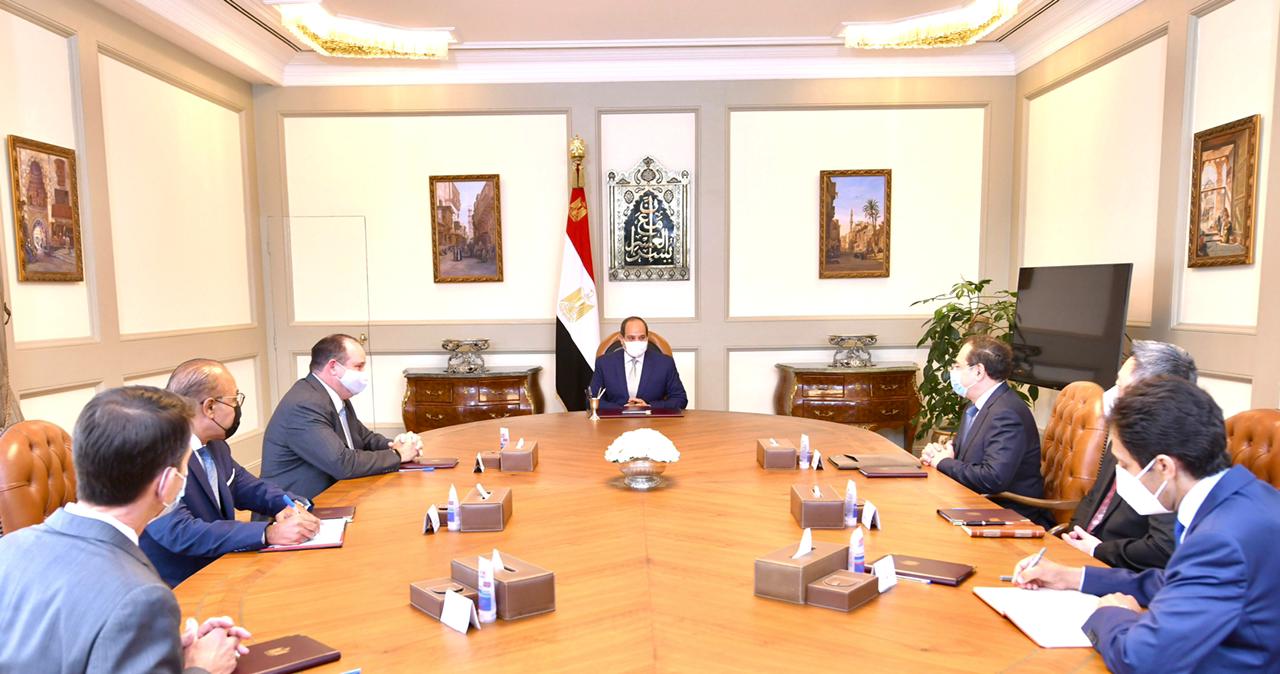 CEO of Apache Corporation, John J. Christmann, met with H.E. Abdel Fattah El-Sisi, President of the Arab Republic of Egypt, on July 14th, 2021 to discuss business relations between Egypt and the United States of America and Apache’s work with the Ministry of Petroleum and Mineral Resources supporting the ongoing modernization of Egypt’s oil and gas industry.

During the meeting, President El-Sisi and Mr. Christmann also discussed Apache’s specific activities and investment plans in the country.

Christmann, who is also chair of the U.S.-Egypt Business Council, thanked President El-Sisi for his warm welcome and expressed his enthusiasm for Egypt’s future as the country realizes its full economic potential. He said the country has demonstrated resilience amid challenging economic circumstances thanks to strong leadership by President El-Sisi’s government and the enduring spirit of the Egyptian people.

“Egypt is well-positioned in terms of resources, geographic location and business climate to provide reliable oil and gas that drives economic growth and elevates the standard of living across the globe,” said Christmann. “The modernization program led by the Ministry of Petroleum and Mineral Resources is critical to attracting the additional foreign investment needed to grow oil and gas production and further develop Egypt into a regional energy hub.”

This meeting follows the annual U.S.-Egypt Business Council roundtable with President El-Sisi in April 2021, where the president emphasized his desire to promote a favorable investment environment and thriving partnerships with American business.

About Apache Corporation:
Apache Corporation is an oil and gas exploration and production company with operations in the United States, Egypt and the United Kingdom. Apache is the largest oil producer in Egypt and has been a partner to Egypt and the Egyptian people for more than 25 years. Apache is a subsidiary of APA Corporation.
Among the company’s social investments, Apache founded Springboard Girls Schools more than 15 years ago to provide educational opportunities to girls living in rural areas of Egypt and has helped approximately 15,000 girls learn to read and write.