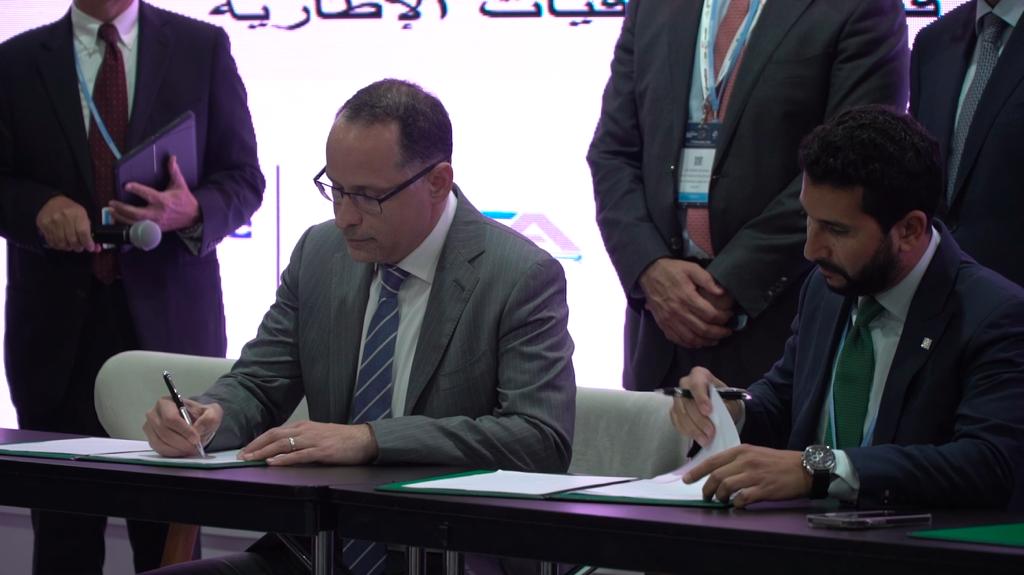 AMEA Power, one of the fastest growing renewable energy companies in the Middle East, announced today that it has signed a Framework Agreement with the Government of Egypt to develop a 1,000MW green hydrogen project, for the production of green ammonia focused on the export market.

Announced on the sidelines of the 2022 United Nations Climate Change Conference (COP27) in Sharm El-Sheikh, the project will support the long term vision of Egypt to become a hub for green hydrogen production. AMEA Power has partnered with the Sovereign Fund of Egypt, the Egyptian Electricity Transmission, the New and Renewable Energy Authority, and the Suez Canal Economic Zone to deliver the project.

Hussain AlNowais, Chairman of AMEA Power, said: “The world is entering a new era of clean energy deployment, where emerging solutions like green hydrogen will present huge opportunities for investment, job creation and countries like Egypt to become major hubs for clean energy. AMEA Power is committed to working with its partners to help deliver the global energy transition and support emerging markets to advance their economic and social development. This project is the first of several large scale clean energy projects that AMEA Power will develop across the region as the Company enters a new phase in its journey and begins to scale up operations across Africa.”

Located at the coastal town of Ain Sokhna in the Suez Governorate, the green hydrogen project will have a capacity to produce 800,000 tonnes of green ammonia per year for domestic and international export.

The clean energy project is aligned with the Integrated Sustainable Energy Strategy (ISES) set out by the Egyptian government, which aims to reach renewable energy targets of 42% by 2035.

Ayman Soliman, Chief Executive Officer of The Sovereign Fund of Egypt, said: “This great success marks a major milestone for Egypt’s green strategy and was only possible with the persistence of all government sponsors and the partners’ belief in the potential of Egypt as a green hydrogen hub. Egypt has put a tremendous effort in the development of its Green Hydrogen Program and has made incredible progress reaching this stage in a matter of months. The signing of this binding agreement is a testament to TSFE’s ability to execute on its role in attracting private investment into strategic sectors. It comes in-line with TSFE’s decarbonization strategy using sustainable means that benefit the economy and position Egypt as a regional green energy hub”

AMEA Power is in advanced discussions with a number of European, Chinese and Japanese companies to secure a long-term offtaker for the green ammonia. AMEA Power is also discussing with Egyptian Hydrocarbon Corporation in Egypt to potentially provide it with a portion of the green hydrogen production to support the development of green industries in the country.

AMEA Power has already completed a feasibility study for the project, which was conducted by a selected group of international advisors in the different areas – legal, technical and financial. Front End Engineering Design (FEED) is scheduled to start in January 2023, with a Final Investment Decision expected within the next 24 – 36 months.

The plant will be developed in two 500MW phases to de-risk the project and ensure it benefits from technology efficiency improvements and declining equipment prices. Operations on the first phase of the project are expected to commence in 2027.

AMEA Power is rapidly expanding its investments in wind, solar, energy storage and green hydrogen, demonstrating its long term commitment to the global energy transition. The Company has a clean energy pipeline of nearly 6GW across 15 countries, including several large scale projects in Egypt. The Company is at advanced stages with its 500MW Abydos Solar Photovoltaic (PV) Plant, which is located within the Aswan Governorate, and the 500MW Amunet Wind Farm, located within the Red Sea Governorate.

Headquartered in Dubai, AMEA Power is a developer, owner and operator of renewable energy projects. As one of the fastest growing renewable energy companies in the region, AMEA Power has assembled a world class team of industry experts to deliver projects across Africa, the Middle East and other emerging markets. The company is rapidly expanding its investments in wind, solar, energy storage and green hydrogen, demonstrating its long term commitment to the global energy transition.