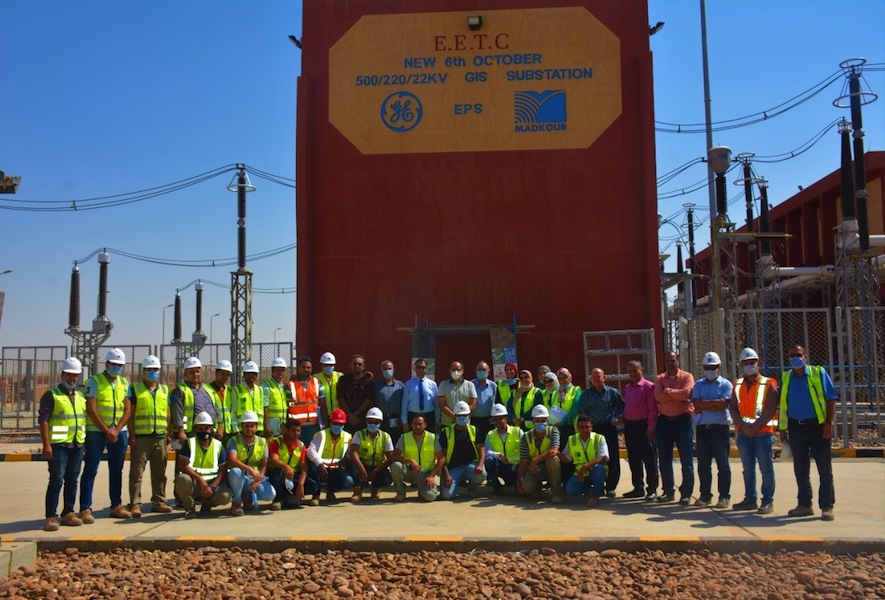 The Head of the Cairo Electricity District inspects the 6th of October city transformer station; Al-Ibrashi expresses his appreciation for the professional efforts of GE and Madkour.

Within the framework of the directives of Eng. Sabah Mashaly, Chairman of the Board of Directors of the Egyptian Electricity Transmission Company and the follow-up of Eng. Gamal Abdel Nasser, a full-time member of the Northern District, Eng. Ahmed El-Ibrashi, Head of the Cairo Electricity District, inspected the transformer station in 6th of October City, effort 500/220/22 k General Director of the High Voltage Sector, Engineering, Director of Civil Works, and my consultant representative is a company where the systems and the complete status of the project after its completion and the extent of the effort readiness.

The visit during the visit, Ahmed Al-Abrashi, the engineers, to the work team accompanied by his good wishes for the urgent completion of security for the 6th of October City Transformer Station.

Technical work and work professionally and smoothly in addition to praising all the station, their work in high quality and image and the completion of the project within one year only.

All of these major projects were implemented by Madkour in record times and with the highest technical techniques, which cemented its technical and technical position in those vital sectors of the country.