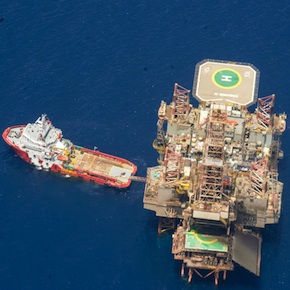 Drilling and production services provider ADES International Holding Ltd said Monday it has made a series of contract agreements despite a period of oil price decline.

The first contract is a new one awarded by Belayim Petroleum Co (Petrobel), a joint venture between Egyptian General Petroleum Corp (EGPC) and ENI IEOC, a subsidiary of Italian oil & gas company Eni SpA. Under the contract’s terms, ADES will lead a three-month drilling campaign in Egypt, using its offshore jack-up drill rig ADMARINE 88, with the option to be extended on a well-by-well basis.

Petrobel also has renewed a contract recently expired for the ADMARINE Five offshore jack-up drill rig for a six-month period on a call-out basis, with the option to extend for another six months. Both the new and renewed contracts are for work on concessions in Egypt’s Gulf of Suez.

Finally, ADES has entered a farm-in agreement with its ADMARINE Eight rig with Fanar Petroleum Co, to perform a FRAC job on the concession’s North July well to improve its productivity. Work is expected to start before the end of July.

“Our ability to secure new awards and extend existing ones even during a period of oil price decline is a testament to the strength of our business model and the quality of our drilling and workover services at highly competitive rates,” said Chief Executive Officer Mohamed Farouk.

“We are excited to renew our partnership with one of North Africa’s leading joint ventures with whom we have a 10-year track record of success. Eni and other major international oil companies operating in our present-day geographies of Saudi Arabia, Algeria and Egypt appreciate the exceptional value for money we offer by deploying fit-for-purpose refurbished legacy rigs and world-class crews to assets in shallow, non-harsh environments,” Farouk added.

Shares in ADES International were untraded on Monday, last quoted at 13.00 pence.