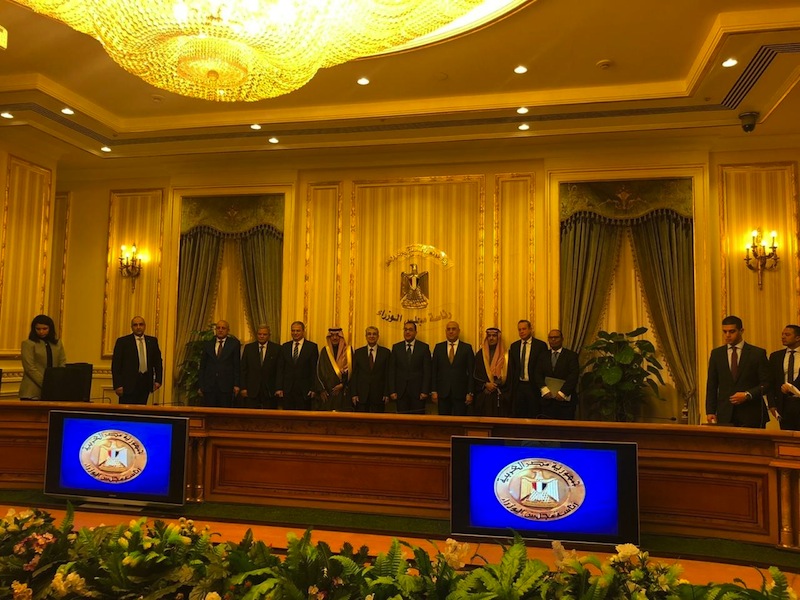 The signing ceremony took place at the headquarters of the Egyptian Cabinet of Ministers in Cairo in attendance of Dr. Muhammad Shaker Al-Marqabi, Minister of Electricity and Renewable Energy; Dr. Assem Al-Jazzar, Minister of Housing, Utilities and Urban Communities; Mr. Abdallah El Shamri, Deputy Ambassador of the Kingdom of Saudi Arabia to Egypt; and Mr. Mohammad Abunayyan, Chairman of ACWA Power.

Paddy Padmanathan, Chief Executive Officer of ACWA Power, said: “ACWA Power is delighted to utilize its well demonstrated capability in reliably and responsibly delivering renewable energy and desalinated water at the lowest possible cost to support the ambition of the Government of Egypt to leverage the considerable renewable energy sources available to also decarbonize and reduce the cost of much needed desalinated water all the while ensuring the availability of adequate potable water to ensure the wellbeing of the people and the expansion of economic activity. As we continue to expand our investments in the country, the execution of this MoU also signifies the trust being placed on us by the Government of Egypt.”

The Memorandum of Understanding communicates ACWA Power’s role in conducting a preliminary study as well as a feasibility study to initiate a series of water desalination projects powered by renewable energy in Egypt. Upon completion, the two studies will be submitted to the Ministry of Housing, Utilities, Urban Communities and the Egyptian Electricity Holding to determine next steps on the projects based on the final results.

Rajit Nanda, Chief Investment Officer of ACWA Power, said: “The company seeks towards relying on clean energy sources in water desalination, an important step in the company’s path, through harnessing the latest technologies that we use in our stations today, where the company managed to reduce the renewable energy tariff reducing financial burdens has thus contributed to supporting government goals. We are proud of our contribution to achieving the Egyptian government’s vision towards establishing sustainable infrastructure bases to keep pace with the growing demand for water consumption in Egypt, while preserving its natural resources and enabling it to implement desalination projects at low cost.”

ACWA Power is currently developing the world’s largest reverse osmosis desalination plant in Abu Dhabi – UAE, with a production capacity of 909 m3/day. The company is also the largest water and electricity producer in the Sultanate of Oman and generates 40% of desalinated water in the Kingdom of Saudi Arabia.

In Egypt, ACWA Power currently leads on a number of renewable energy projects including: Benban PV IPP in Aswan, with a production capacity of 120 MW and total investment of $190 million; and Kom Ombo PV with a production capacity of 200 MW. On the traditional energy front, ACWA Power is working on a combined cycle gas turbine power plant in Luxor which will produce 2250 MW at a cost of over $2 billion.